California Home Sales – Are prices Up in Santa Monica CA

37,700 new and resale home transactions closed escrow in California during December 2017. The number of homes sold in December 2017 was 4% below the same month a year earlier, amounting to about 1,700 fewer sales.

2017 ended with 461,900 home sales in California. This is 3,800 more sales than took place in 2016, amounting to an increase of less than a percent. For perspective, the 461,900 homes sold in 2017 was still 39% below peak sales volume experienced in 2005.
Home sales will likely continue to struggle as we go through 2018, slowing the flow of agent fees. Historically low inventory for sale coupled with rapidly rising prices and interest rates have discouraged potential homebuyers. Look to 2019 for the next significant rise in home sales volume – if residential construction increases enough to boost turnover and inventory.
Home sales vary from month-to-month for a variety of reasons, most significant being homebuyer demand. This demand is influenced by several factors constantly at work in California’s homebuying market, including:
Annual real estate sales numbers since the Great Recession of 2008 suggest the upcoming years through 2017 will be characterized by the same continuing bumpy plateau in home sales volume we have experienced now for eight stagnating years. As a rule, current market action, whether up or down, is reflected first in sales volume, followed by prices, and both fluctuate from month to month mostly going in opposite directions or just standing still.
Sales volume is not expected to increase significantly until 2019, due to:fewer participating first-time homebuyers than normal;lower homeowner turnover to buy an upgrade or relocate due to continued negative equity and delayed retirement;
reduced home inventory across the state; andstatic turnover in rental occupancies.
Much of these disadvantages are due to the jobs recovery which has been dragged out for eight years now, a confidence issue, and is pronounced by wage increases below the rate of consumer inflation. California finally regained all jobs lost in the 2008 recession in mid-2014, but has yet to return to pre-recession employment levels after considering the 1.1 million working-aged population increase. At the current recovery pace this will occur in 2019.
Short sales, real estate owned (REO) property resales and speculators have contributed to sales volume distortion over the past few years. Conventional positive-equity resales by owner-occupants were the exception, sometimes reminiscently called standard sales as opposed to short sales. As prices rise, move-up homeowners will return to the market to sell and concurrently buy a more suitable replacement home.
Home sales in the coming years
The forward trend in California home sales is mixed for both buyers and seller. Homebuyer income is going further and doing more than anytime during the past 15 years due to increased borrowing capacity brought on by low interest rates (even though they rose mid-2013 to cut back funding by 10% from one year prior, but dropped to fuel sales in 2015). In fact, the Buyer Purchasing Power Index (BPPI) went negative in June 2013 and bounced back to zero in September 2014 – this momentarily stalled home price expectations.
As prices start to decrease, expect the short-term rate to decline in the 2017-2018 period which will slow and put an end any downward turn in real estate sales volume and the economy.
Forecasts believe most home sales volume will return to 2006 levels around 2020-2021. The peak sales volume last seen in 2004, inflated by speculator acquisitions and excessive mortgage money, is unlikely to return for decades, when interest rates cyclically peak.
Relocating Baby Boomers going into retirement later this decade will be the primary propelling force in both selling homes and buying replacements beginning around 2019. Their Generation Y (Gen Y) children will add to the sales volume at the same time as they find jobs at better pay levels and become first-time homebuyers. Gen Y influence will peak in sales volume at the end of this decade as they complete their shift from renting to owning.
Once Californians feel the effects of two or three years of healthy employment growth, their confidence about the future will improve. They will once again be willing to invest in the economy since the expectations for tomorrow are projections based on yesterday’s most recent experience. Only then will occupying homebuyers – end users – return in sufficient numbers for sales volume to swell significantly.
In 2018, sales volume will begin to pick up in earnest, peaking in 2019-2021. Employment and labor force participation will have reached beyond its 2007 peak, and grow quickly. Then, California will once again see home prices jump beyond the rate of consumer inflation. Mortgage lenders with an eye for excess profits will then begin to loosen their lending standards to whatever extent federal regulators permit or lawyers divine. The memory of the grim mid-2000s will be politely pushed aside, and mistakes will be repeated by all participants – lenders, builders, brokers and buyers.
Once Californians feel the effects of two or three years of healthy employment growth, their confidence about the future will improve. They will once again be willing to invest in the economy. Only then will end users return in sufficient numbers for sales volume to swell.

Coronavirus Keeping You From Seeing and Touring Homes for Sale?

How much are homes in Pacific Palisades? This one is New Construction 1145 CHAUTAUQUA Boulevard

Mortgage Options for the Self-Employed

We are here to answer any question you may have about our Agency. We will respond as soon as we can. 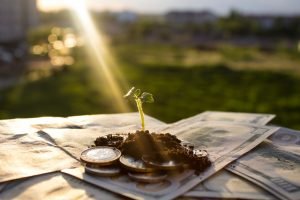