Real Estate Purchase in the Fall? Better than the Spring now.

Postpone your purchase until Fall Season. Why? Real Estate Purchase in the Fall? Better than the Spring now. The spring months used to be the best time to buy real estate, NOW the Fall may be the new ideal season to buy a home.
Competition for houses drops off in the fall, a time many people consider to be off-season in real estate. But there are still homes for sale — and in some cases, there’s just as much inventory as there was during the spring and summer. Old inventory that did not sell in the Spring of Summer is now back on the market with some more potentially desperate Sellers (Read about what Sellers need on my Sellers page).
Because of this, you the buyer is in a enviable position to negotiate the fudge out of the deal. Maybe try a lowball offer and use my Rebate to help in closing costs.
Let the Seller know you can close before Thanksgiving, Christmas or the New Year.
Some sellers initially marketed their home at a higher selling price then the market would support…sooooo now, their confidence is waning. They are ready to make a DEAL!
Also, the Seller knows you might be their last hope since not alot of Buyers area walking through their house now. The Seller is thinking Why wait five or six months, let’s sell now.
New listings in the Fall tend to be serious Sellers, so they are ready to take a lowball offer.
First-time homebuyers will also get to deduct the property tax and mortgage interest if you closed on your home in December. This can make a serious difference in the amount you owe the government at the end of the year.
Also, service providers, such as mortgage lenders and title companies, are moving out of the summertime sales swamp and can often respond more quickly.
The same goes for movers.
You’ll also probably need to buy items to maintain your home, and if appliances weren’t part of the deal, you’ll need those too. Wouldn’t it be great to coordinate your home purchase with sales on items you’ll need?
Buying carpet and paint, lawn mowers, appliances, cookware? All go on sale after the Summer.
Thomas Ray, REALTOR
My Blog:
www.RealEstateBlogLA.com
Please visit my FaceBook page:
Facebook.com/ThomasRayAgent/

Buyers in Santa Monica Search the MLS for New Listings

Buyers in Santa Monica Search the MLS for New Listings

As with any major purchase, it pays to be informed prior to making any decisions. As experienced buyers already know, buying a home is a complicated process, so it’s important to start at the beginning and thoroughly understand each step. Whether you’re buying your first home or your third, make sure you have the necessary financial resources and have explored all your options before you purchase a new home. 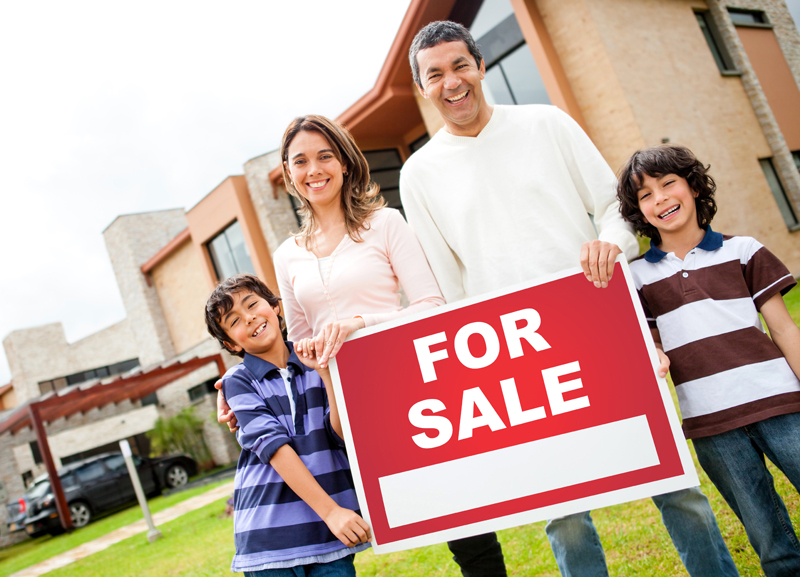 Search my MLS for your New Home and receive a Rebate when we close escrow together!

If you’re a first-time buyer, you should weigh the pros and cons of homeownership versus renting. There are many advantages and disadvantages to consider. For example, renters have the freedom of mobility if they choose to move, but their monthly rent checks do not establish long-term equity or produce any other benefits. And while homeowners’ mortgage payments accumulate equity, these payments are generally higher than rent payments and come with the responsibility to manage the care and upkeep of the property.

More: Can and should you buy a home in retirement?

Both new and experienced Santa Monica buyers have their own sets of financial considerations when it comes to buying a home. Move-up buyers should evaluate their financial situation to ensure they’re prepared to meet the higher mortgage payments involved with relocating. Likewise, first-time buyers should determine if monthly mortgage payments fit in their budgets. In addition, you’ll need to be prepared to cover the downpayment and closing costs. And, you should consider whether you meet the basic criteria to qualify for a mortgage; lenders prefer that applicants offer a stable job history and a good credit record.

News flash: Palm Springs is hip again! Once a destination for Hollywood elites like Frank Sinatra and the Rat Pack, the community is now host to 20- and 30-somethings priced out of Los Angeles. Perhaps taken in by the allure of the hip Stagecoach and Coachella music festivals, the first-time buyers are bringing notable city brands — including an L.A. brokerage — to the area with them.

There were so many Angelenos looking to buy in the area in the last two years that Beverly Hills brokerage firm the Agency opened a satellite office in town to help their L.A. clients find their dream home out east, said Eric Lavey, a partner at the firm.

“The desert is not the same as it was five years ago. Everything has really changed — in a positive way,” said Lavey, who’s one of 10 brokers on the Palm Springs team that opened up shop there eight months ago.

Numbers show that property values are rising in the area. The median home price in Palm Springs last year was $555,000, an almost 26 percent increase compared to 2013 and a 5.7 percent increase over 2015, according to Desert Real Estate.

Developers are scrambling to create supply for the new buyers. Several residential projects are underway; they include the 110-home hillside enclave Desert Palisades currently under construction and the 24 modern residences of Sunia Homes, which recently broke ground. On the commercial side, downtown will get a reboot, with the planned opening of the 154-room Rowan by Kimpton Hotels this year and Hyatt Hotel’s 150-room Andaz property in 2018.

Hamptons of the West

Like any resort town, the city has weathered sharp downturns.

“In a way, it was God’s waiting room,” Ernst said. “North Palm Canyon is really hip with lots of cool new stores, [but] half those storefronts were empty back then. It was like a ghost town.”

Paul Kaplan, CEO of an eponymously named Palm Springs brokerage firm, said that during the Great Recession, those seeking investment properties were concerned about what the plummeting prices meant for the value of the properties they were considering. A sales strategy evolved from there. Agents suggested that the potential buyers could make money by renting the homes out to vacationers, Kaplan said. As services such as Airbnb became more popular in 2012, second-home sales also picked up.

These days, renters in trendy neighborhoods like Santa Monica and Silver Lake who can’t afford to buy a home locally will continue to rent in L.A. and make their first home purchases in Palm Springs, Kaplan said. “We’re starting to be like a bedroom community to Los Angeles,” he added.

It’s a trend von Ernst has noticed with his clients as well. “It’s a combination of an investment and a place to get away,” he said. “The demographics have changed. There’s a much younger crowd, and if they can afford to buy, they will.”

Lavey also noted the stark contrast between the current buyers and those from 10 years ago — increasingly, clients in their 30s are contacting him to purchase property.

“It is the West Coast Hamptons,” he said. “It’s not crazy expensive like the Hamptons, where you get the $100 million houses. You have a lot of luxury, but nothing [here] is off-the-charts obnoxiously expensive.”

While the housing market is going strong, some residents are irked by their part-time neighbors, since buyers are increasingly renting out their newly purchased property using Airbnb and similar services.

It’s become such a point of contention that in March, a local group called Protect Our Neighborhoods Palm Springs filed a lawsuit against the city to prevent it from handing out additional vacation rental permits.

But the city approved a vacation rental ordinance just two days after the lawsuit was filed. The new ordinance allows vacation homes to be rented up to 36 times a year if four of those rentals are not in the summer. Otherwise, the cap would be 32 rentals per year. New owners will be allowed to operate only one vacation rental permit. Existing owners of multiple properties were grandfathered in and can keep their permits.

Mark Owens, spokesperson for Protect Our Neighborhoods, said the community of 52 single-family homes where he lives has 13 or 14 permitted for use as vacation rentals, and one is located behind his home.

“Their pool is 15 feet from my bedroom,” Owens said. “And they could have 12 people in a house. So, to have 12 people next door is going to change the face of your neighborhood and not for the better.”

“It’s not like we don’t love tourists,” said Owens, who moved to Palm Springs more than two years ago from Atlanta. “We’re built on it, but we feel like part of this city should be for the neighbors. The people that lived here have really kept the lifestyle — it’s the reason people come out [to visit], and we’re very protective of those things.”

Lavey points out that vacation rentals also increased because of the lack of upscale, boutique hotels. Before purchasing a home for himself in Palm Springs five years ago, he recalls having only a handful of options, like the Colony.

But several boutique hotels are now in the pipeline and will join a number of trendy properties in town, including the Ace Hotel and Saguaro Palm Springs.

Peter Stamberg, partner at New York design firm Stamberg Aferiat + Associates, said the city has come a long way from when his firm began designing the colorful Saguaro Palm Springs in October 2011. Today, the property is a popular spot for Instagrammers to capture in their feeds.

Stamberg recalls the argument that broke out when his firm first presented its design plans to the city.

“It was crazy,” Stamberg said. “One woman said she was going to [drive her car] into it.”

Once the hotel was built, it helped revitalize the area by bringing in a younger demographic. A year after the hotel opened, many residents who opposed the project, including a City Council member who voted against the development, admitted their mistake in not supporting the project, Stamberg said.

The designer also noted that Palm Springs has come a long way from its roots as a fairly drab retirement community.

“If you saw color anywhere, you were shocked,” Stamberg said, describing his visits prior to the hotel’s opening in February 2012. “Now, people have painted their front doors and none of that was there before.”

Paul Aferiat, also a partner at Stamberg Aferiat + Associates, said that he and Stamberg visited the city in February to speak on a panel at Modernism Week and were surprised by the changes.

“The energy of the city is completely different,” Aferiat said. “What really blew us away was the amount of new buildings. We all wish we had had the wisdom to buy a little bungalow.”

Von Ernst, who has owned several properties in the area, said he purchased his first home in Palm Springs in 1997 for about $218,000, then sold the 2,800-square-foot property the following year after the value more than doubled thanks to the sudden popularity of mid-century homes.

Find Out Today
Talk To Tom!

First time here? Welcome!
Just a few more details to get you started.